Brentwood Communications is delighted to announce we have extended our relationship with West Ham United after being contracted to supply two way radios for use by their physio team.

We previously worked with the Premier League club when we provided radios for the opening match at the Hammers’ new ground, the London Stadium – previously the athletics stadium built in Stratford for the 2012 London Olympics.

On this occasion, we were asked to hire out a fleet of two way radios for the club’s physio team to use during away matches. Medical staff at professional sports teams regularly use two way radio to communicate during matches, for example, to relay information from the pitch to management on the sidelines when they are treating an injured player, or to make sure there is a communications link to the medical room if a player has to be taken off.

Coaching and medical teams have to make split decisions about player injuries during games, in the heat of battle and often with plenty of noise from the crowd to contend with. It is vital that information can get through when needed. Also, in the event of a serious injury, two way radios are needed to organise treatment and movement of the player from the pitch

For home games, the West Ham physic and coaching teams use the radio system installed in their stadium. But they wanted their own equipment to take to away matches so they are always 100 percent about the radios they are using. 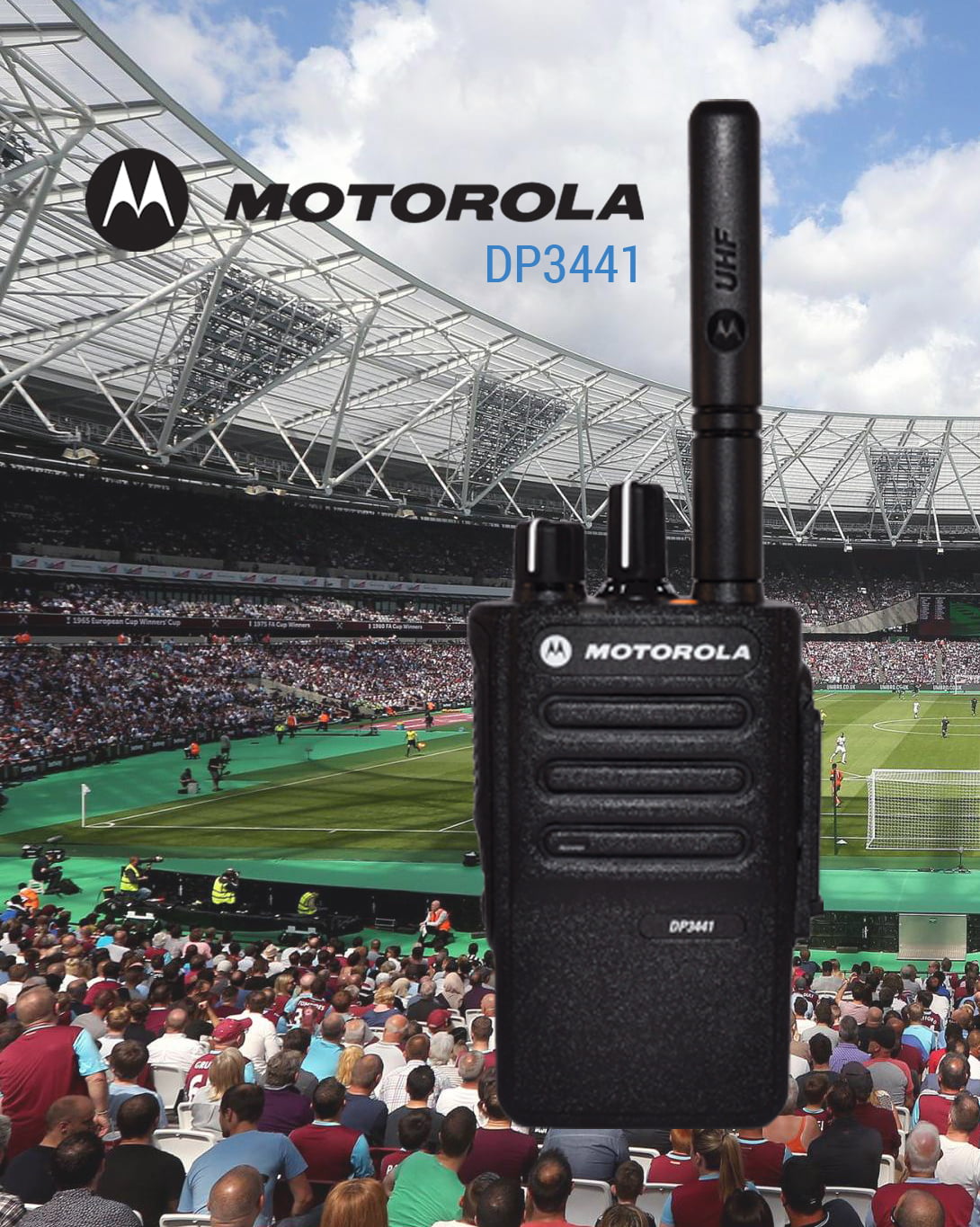 With these requirements in mind, we hired out a set of Motorola DP3441 handsets. Only recently replaced by the slightly enhanced DP3441e, the DP3441 is still a prestige digital radio model, boasting all of the benefits of Motorola’s ground-breaking MOTOTRBO digital technology.

A compact, portable non-display model, the DP3441 packs in features which belie the fact that it can sit comfortably in the palm of your hand. With outstanding audio quality thanks to Motorola’s advanced noise cancelling and intelligent audio technologies, it is perfect for the noise of a hostile away ground; ensuring communications still get through crystal clear.

The DP3441 supports private calling, and can be operated either via a prominent push-to-talk button or using the voice activated VOX setting. It is water resistant, so poses no issues being used outdoors in wet weather.

We supplied the radios with a six-way charger and D-shape earpieces to further improve audio reception on match days. We also provided a customised Peli Case, kitted out so all the handsets and accessories fit inside, making it easy and convenient to carry the equipment to and from matches.