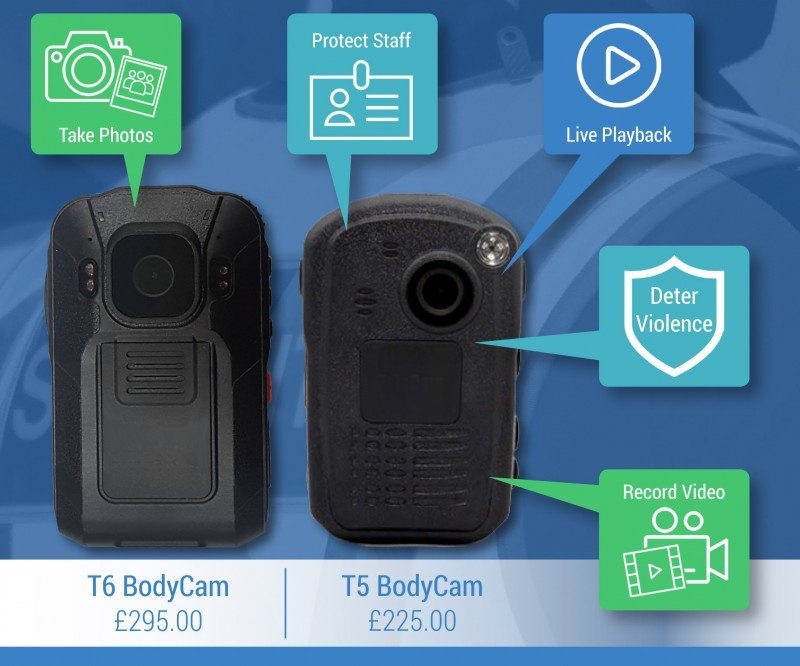 ACT AS A DETERRENT – Most people think twice about behaving badly, including in a violent and anti-social manner, if they know their actions will be caught on camera.

PROVIDE EVIDENCE – Recording audio and video in real time, bodycams capture exactly what is done and said during an incident with no room for dispute over facts.

PROTECT YOUR CUSTOMERS – Aggressive, violent or anti-social behaviour unfortunately does exist many places of work. Bodycams can help deter this.

LOOK AFTER STAFF – It is not just customers and members of the public who can suffer as a result of poor behaviour. Recorded evidence can also protect staff from accusations made.

EASY PLAYBACK – With recordings tagged and logged by date and time, they are easy to retrieve and playback whether on the device or plugged into an external screen.

Every day, thousands of people go to work facing the possible threat of assault or abuse. And that does not just apply to police officers, security personnel and prison officers – sadly, violence can also be part of the realities of the job for council wardens, transport operators, first responders, healthcare and education professionals, and leisure and retail staff, too.

Thankfully, technology has an answer. Body worn cameras – or bodycams – are having a dramatic impact on incidents of personal assault in the workplace amongst the most at risk groups. Pioneered by the military, bodycams are now worn by the majority of frontline police officers in the UK.

The reduction in confrontations has been dramatic. In trials among London Metropolitan police officers, use of force was halved and complaints against police fell an astonishing 90 per cent.

Just a few of the Body Cameras we have to offer