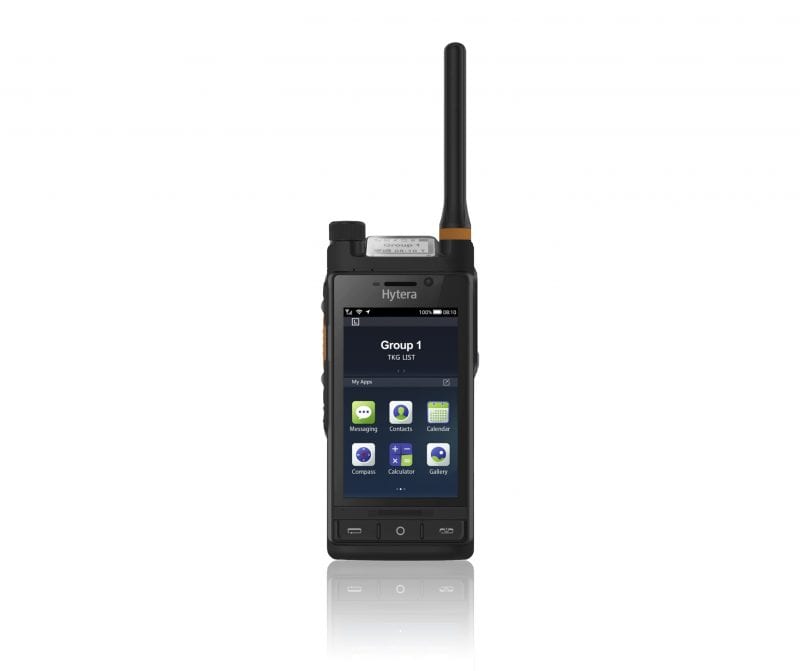 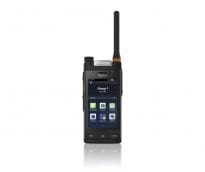 Featuring a built-in processor and 3GB of RAM, it could be argued that the Hytera PDC760 two way radio has more features in common with a modern smartphone than a traditional two way radio. This device is capable of connecting to WiFi and all mobile networks in additional to utilising traditional radio frequencies, and is both digital and analogue compatible.

The radio also has a wide range of built-in sensors which include a proximity sensor, ambient light sensor, 6-axis E-Compass, barometer, gyroscope, and accelerometer.

The screen features Gorilla Glass III which is known for its oil resistance, anti-fingerprint and scratch resistant technology, it makes a great device for use in dirty working conditions. The rest of the device is just as rugged and durable, including MIL-STD construction and IP67 dust and water certification, as well as passing a 1.2 metre drop test.

For surveying and other tasks, the radio is equipped with a 13MP autofocus camera on both the front and rear of the device.

The overall design of the radio is ergonomic and intuitive, featuring a large and easy to use push-to-talk button that allows for one handed operation. Interchangeable antenna bands can be used to quickly identify a given handset.

Your work day won’t be interrupted by the need to charge a battery when using the Hytera PDF760, since it comes standard with a 14 hour battery life. This can be increased up to 20 hours with the use of a larger optional battery. When your power is running low, the battery can be fully charged in one hour, or if you’re in a rush the battery can be topped up to 80% capacity in just 30 minutes.